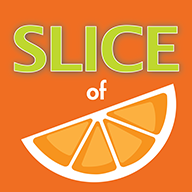 Nearby, downtown Orange has a story to tell as well. The history of the legendary Hanging Tree in Orange has some uncertain stories of its demise and if a convicted murderer actually hung from its branches. However, one thing is for sure, some people have a definite opinion either way.

The Pin Oak tree was located in front of the D. Call and Sons Grocery at Fourth and Front streets. Its broad branches were said to be perfect for supporting hanging bodies.

During the 1880s, citizens ignored the laws they helped enact. The lives of three men were snuffed out by the hanging tree. The long limb, known as the “gibbet limb” projected its greenery in the general direction of the store. It was reported to be purposely endowed by nature to symbolize a “trails end” for murderers.

According to historian W.T. Block, in spite of four decades of unsettled social conditions, the hanging tree was not used until August 1881. Robert Saxon, who was hired in the plot to kill Sheriff George W. Michael, was hung by an angry lynch mob at the tree. The hanging was said to have been ordered by “Judge Lynch.”

Another man was lynched in 1889 after he was removed from the county jail by a masked mob of more than 300 men. The body of the man was left hanging for days and was riddled with hundreds of bullets.

Historians differ on what happened to the tree. Some say it was diseased and merely fell apart. However, sometime after 1892 two men wanting to put an end to the horror of the tree’s history cut it down, according to Block.